Walking around the Citadel wearing antique clothes, cycling on Truong Tien bridge to watch the sunset, or enjoying delicious “Bun bo”… are activities worth trying when traveling to Hue city.

8 experiences worth trying when traveling to Hue city

Watching the dawn on the Chuon Lagoon of Hue city 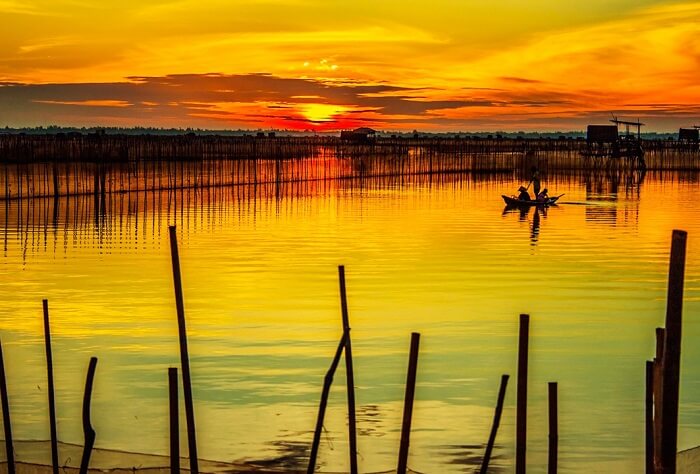 Chuon Lagoon is a community-based eco-tourism site, located in Phu An commune, Phu Vang district, about 20 minutes by car from the center of Hue city. This place is famous for its peaceful beauty, especially at dawn when the first sunlight of the day looks like gold spreading over the vast waters.

When the sun has not yet risen, it is also the time when the boats of fishermen are busy catching their first batches of fish of the day. Visitors can rent boats to visit the fishermen’s houses to travel around the Lagoon ( from 200,000-250,000 VND per trip for four to six people). After visiting the lagoon, visitors should go to Chuon village market where fresh caught fish are sold. Don’t forget to enjoy porridge, stir-fried turmeric vermicelli,… few of the most iconic delicacies of Hue city.

Hue Citadel or Forbidden City is the only remaining royal palace in Vietnam, built by the Nguyen Dynasty in 1805. This used to be the most important political and administrative center of the court, and also the birthplace of the royal family. This is also where all the activities of kings and royalty took place. After two centuries, with the flow of time and the ravages of war, this place still retains its original appearance.

The Citadel is a place of historical value, many tourists love to take pictures with the Ao Dai and Nhat Binh Ao Dai. Here, visitors can take pictures dressing like Vietnamese people in the old days at the gate of Ngo Mon, Ky Dai, Phu Van Lau, Ngu Phung floor, red corridor, Hien Nhon door… or the side of Thai Hoa palace.

Gia Long Tomb or Thien Tho Tomb is the tomb of Gia Long Emperor, the founding king of the Nguyen Dynasty. The mausoleum is located on a flat hill of Thien Tho Son, about 20km west of Hue city center. This is the largest mausoleum of the Nguyen Dynasty, more than 28 square kilometers, running from the foot of the Truong Son range to the bank of Ta Trach – a tributary of the Perfume River.

Gia Long Tomb has the most beautiful feng shui position in the mausoleums of the Nguyen Dynasty. The mausoleum also has a unique feature when the king and queen are placed next to each other. In addition, visitors can visit Tu Duc Tomb, Khai Dinh Tomb, Minh Mang Tomb…

Tu Hieu Pagoda used to be the place where Zen Master Thich Nhat Hanh recuperated before his death. This is one of the ancient pagodas dating from the Nguyen Dynasty, located on Le Ngo Cat Street, Thuy Xuan Ward. The temple has an ancient feature, hidden in a large pine forest, with a curving water slot. Visitors coming here are always impressed with the serenity and calmness of this place.

When in here, do not forget to visit the ancient stupa, the burial place of the monks who built Tu Hieu Pagoda, or the separate tomb area burying the eunuchs of the Nguyen Dynasty.

On the way to visit the Tomb of King Tu Duc, visitors can combine to Thuy Xuan incense village, on Huyen Tran Cong Chua street. Stepping from afar, visitors can smell the scent lingering in the air. This is a scent from many sophisticated ingredients such as the five traditional Chinese herbs with cinnamon, cardamom, pine buds, cloves, star anise, forest grapefruit peel, dried grapefruit flowers, cinnamon, and eucalyptus.

People here often dye half of the incense stick with many colors, which make them look beautiful and eye-catching. In addition, visitors can experience making incense for free.

The noodle broth in Hue city has stewed pork rolls and ”mam ruoc”- a type of fish sauce, so it is usually sweeter, saltier and also spicier. Each serving of bun in Hue is also smaller, served with beef, beef tendon, crab cake, …

Pressed rice cake is a specialty that tourists should try when visiting the ancient capital. The dish is made from filtered flour, eggs, pork rim, scallions… The dough and filling are placed between two hot cast iron plates on a charcoal stove and pressed tightly for about 5-6 seconds. The cook continues to add a quail egg, presses then flips both sides. Visitors can ask for the crust to be crispy or soft. Pressed rice paper cake is rolled with cucumber, raw vegetables, pickled cucumber and dipped with sour and spicy broth.

Truong Tien Bridge, the symbol of Hue city, is a romantic sunset viewing spot. You can slowly ride a bicycle, or jog on your own lane while watching the sunset on the Huong River. 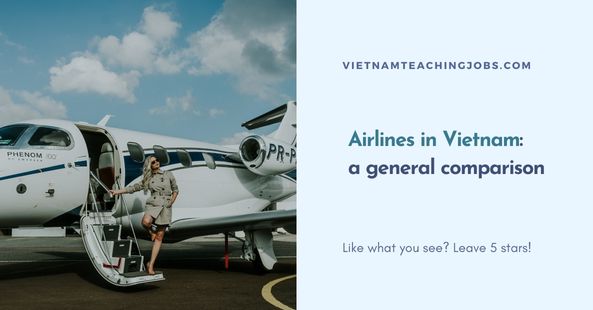 Airlines in Vietnam will have their own highlights to attract... 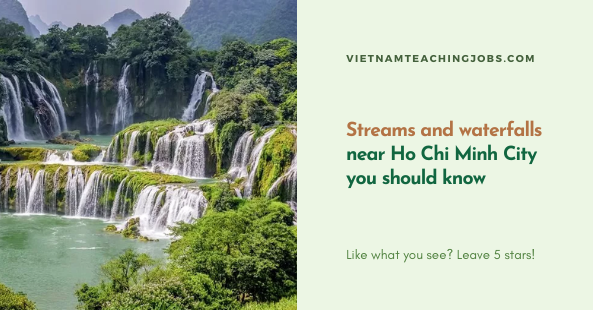 Streams and waterfalls near Ho Chi Minh City you should know

Which streams and waterfalls near Ho Chi Minh City can...

Are you in need of some moving service providers in...