To be able to use money in Vietnam effectively, you need to be good at Maths since the numbers you need to work in are in the millions! Initially, this can be a little overwhelming when you realize that you are buying a packet of crisps for 7 million dong however once you are aware of how many zeros make a million things get easier!

The currency in Vietnam is Vietnamese dong (pronounced as it is spelt) and is typically written as VND. Only dong can be used in Vietnam so there will be a need for you to change your money. The airports can change a small amount (as the rates are lower than in banks) so you can get from the airport to your hotel however it is recommended to save the bulk of your money exchange for the banks.

Most visitors exchange their money at the banks and dollars are more easily accepted for exchange than pounds. Techcombank is open to changing pounds as well as Vietcombank – however, please be aware that you do need to check the quality of the notes that you want to exchange. Notes that would be perfectly fine in your home country can be rejected in Vietnam as not being up to the correct standard! Unfolded notes are the most easily accepted and those which are crisp and new – those which have had obvious usage ( scuffed corners and folds etc. ) can sometimes be rejected ( depending on the bank ) and if there is any writing on the note then it will definitely be rejected.

Types of notes in Vietnam

There are ten different notes in Vietnam and no coins at all. These are: 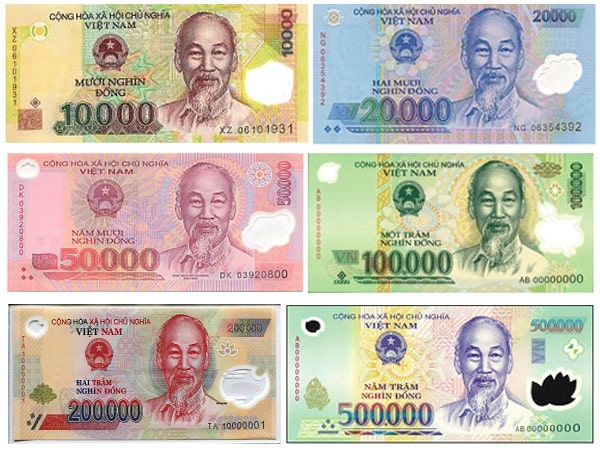 500 note – this is the smallest note and this note is not really in daily use however you do sometimes get it in your change. Some places do not accept this note (even when you use it with another to make 1000) this note is made from paper.

1000 note – this is the smallest note that is daily use. It looks very similar to the 2000 note and so is quite easy to confuse the two.

The notes above 5,000 VND are slightly larger than these smaller notes, however only marginally which means that it can be easy to mix them up. Traders are very aware that with the large numbers and similar-looking notes, foreigners can easily get confused so it is important to make sure that you are very aware of the note that you are paying with as some try to give you change using a 10 instead of a 100 or saying you have given 20,000 instead of 500,000.

50,000 – This is probably the easiest note to recognise having a vibrant pink colour

On each of the notes, there is a picture of Ho Chi Minh – who was the very famous president who unified Vietnam. He is affectionately known as “Uncle Ho “and the city of Saigon (as it was known) in the South of the country was renamed after him. His statue or portrait is prominently displayed in all of the classrooms in Ho Chi Minh and he is held in great reverence throughout the country.

Interesting facts about money in Vietnam

Unlike some other countries that I have visited, there is not a change crisis so you do not need to always try to pay with large notes to try to build up as much change as possible. Instead, people appreciate you paying exactly and will often ask for an extra 1,000 to avoid giving you a wadful of notes to make the 9,000 change. Notes are generally clean and rip free etc. so although you need to count out the change to make sure it is correct there is not a need to check the notes for rips etc. ( as is the case with many other countries )

When you are shopping in supermarkets etc., which have fixed prices you will note that prices are often in the hundreds rather than being rounded up e.g. 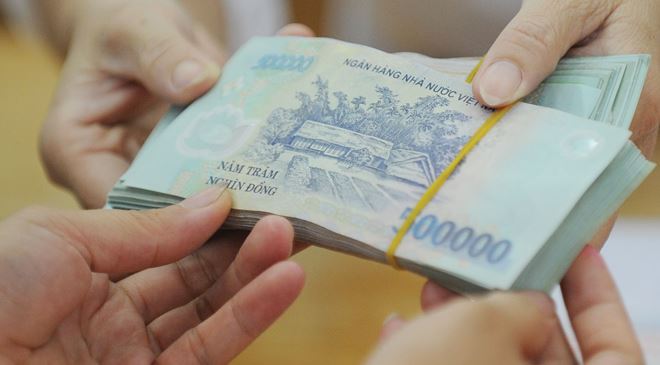 This means that at the end with your total bill you will probably get an odd number rather than it being rounded up – for example, 69,200. Depending on which shop you are in, the common rule is that if the number is 5 or above then you will go to a higher number e.g. 69,600 becomes 70,000 and if it is below 5 then it is rounded down e.g. 69,200 becomes 69,000. There are some shops ( usually more expensive supermarkets geared for foreigners ) however which round it up to the next number regardless. So in those shops, it is worth giving them the correct amount ( rounding it down for them of course ! )

When trying to get cash from the ATM it is important to remind yourself of how many zeros there are in a million before you start. It can be quite disconcerting to be standing there are trying to work out how much it is showing and how many zeros to add. There are  times when I have pressed what I have thought have been the correct number of zeros and instead of taking out 60 dollars I have instead taken out 6!

Overall, the more you use money in Vietnam the more easier it will get. Try to ignore all of the zeros and concentrate on the first part of the number – but do make sure that you take precautions through simple techniques. Those are, for examples,  folding large notes and double-checking the amount you are giving and the change you are getting back! Dealing with foreign currency is part of the fun so relax and enjoy the experience of being a millionaire in Vietnam! 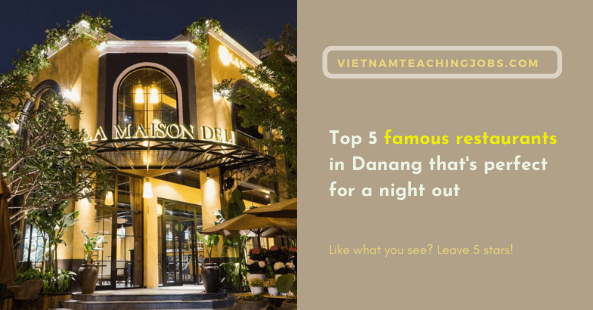 There are many famous restaurants in Da Nang that are... 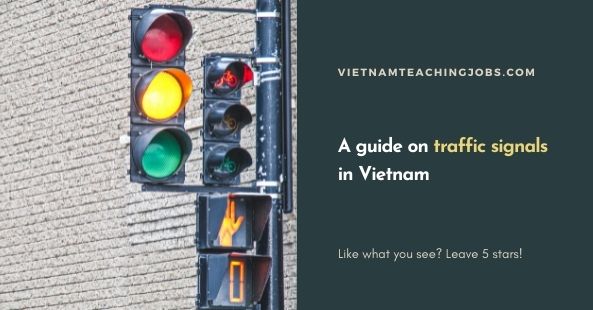 A guide on traffic signals in Vietnam

An article about traffic signals in Vietnam? Yes, we do... 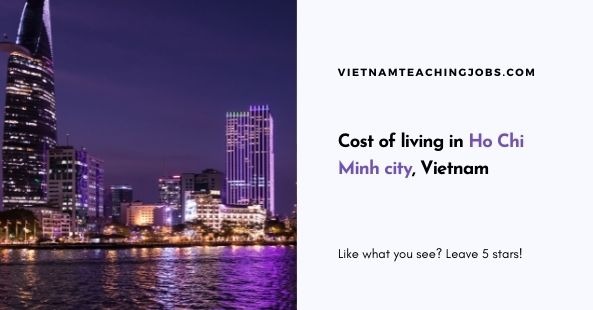 In this article we have prepared some information on the...